In my naive teenage years whilst studying for my GCSE’s, I often found myself in my Design Technology class (in which I was the only girl) being called a geek. Whilst the troubled, overexcited and downright rude boys that shared my classroom often threw these comments at me in jest, they also asked for my help with their coursework a couple of times each lesson. Since it helped us all along if I helped them with spelling, their name calling never really bothered me. What did bother me, however, were (some of) the girls that I had the misfortune to attach myself to for the latter part of my high school years that insisted on telling me my studying habits and general ‘geekish’ nature were really quite pathetic traits.

As a result, I stopped reading novels. I started watching the ‘fashionable’ sitcoms so I could be included in the next day’s discussion, and I started spending my money on overpriced make up and beauty products that actually, did nothing more remarkable that the cheap stuff I was already using. I was always studious, and as a combination of sheer personal ambition, encouragement from (some!) incredibly devoted teachers and a smudge of parental pressure, I worked hard to pass my 13 GCSE’s with all A* – C grades. I was told I should pursue A Levels and then University regularly my those around me and suddenly, whilst those bitchy, fake-tanned ‘friends’ moved to another sixth form – I was free to ‘come out’ as the geek that I am. I dived head first into my A Levels and enjoyed every second of my further education. I also started to delve deeper into the theatrical world that indulged my need for escapism from the dull surrounds of Lowestoft and learnt more and more about the West End that I dreamed so regularly of performing in.

I’ve mentioned before about the acting teacher that re-inspired my love of reading – and I don’t think this teacher would mind me saying that she would also call herself a geek. Her stand-up shows regularly focused on her own musings of the Solar System, she would regularly explode into rants about the grammatically incorrect sentences that littered the current generation’s speech and she wasn’t afraid to rock a Doctor Who T-Shirt from time to time. Her extreme passion for literature – and her brilliant encouragement to explore the language we were asked to speak in monologues, lead me back to the books. Then, at 18, I confessed to being the bookworm I always was (and still am!). What this acting teacher also taught me was how to be comfortable with myself too. It doesn’t matter whether you enjoy rock climbing or yoga, line dancing or fly fishing; in the crazy oversubscribed world that is acting – any hobbies will make you stand out. And when you’re at a audition with 50 other people – that’s always a plus. Her own ‘geekiness’ made her a hero in my eyes. She wasn’t afraid to be passionate about so many things – and she wasn’t afraid to show it, either.

I’m a geek because I enjoy learning. About everything.

Nowadays, its cool to be a geek. In recent years, not only has the fashion world embraced ‘geek chic’ as a clothing style, but the rise in glasses wearers is pretty significant, which, when I was at school at least, glasses were deemed ‘uncool’. TV now also regularly features self professed ‘nerds’ in shows such as The Big Bang Theory, Doctor Who, and The IT Crowd, and Film often showcases the underdog that saves the day by programming an incredible feat of engineering, or being the smartest person on the team.

Now us ‘geeks’ are taking the word back as our own. I no longer see myself as the above defined geek (unfashionable and socially inept – well, maybe sometimes!) but I believe it is no longer a derogative term. Geekiness is a subjective quality, surely?

Certainly, I no longer am offended by its use in relation to my passions. Because thats what I believe it is really – a way of describing someone’s passion for something. I see the word as a pathetic attempt at an insult that actually just enhances what I already know – I’m passionate. I profess my passions in a whole bunch of ways, from writing to reading, to watching NASA’s live International Space Station camera, but really, at the end of it all, if you want to call me a geek, go ahead.

…And I can probably still whip your arse at Scrabble 😉

To borrow the Nerdfighter community’s slogan:

Don’t Forget To Be Awesome. 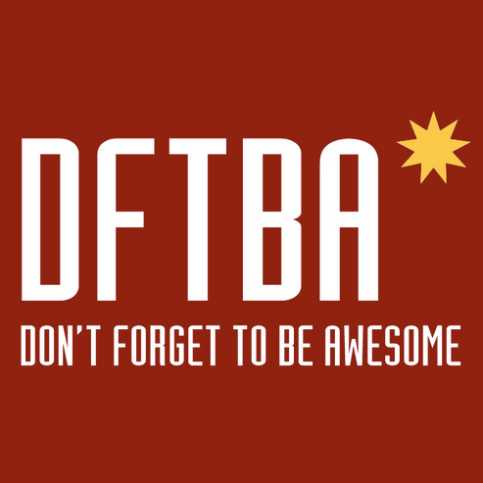